Tryouts are held during the first week of school for the ESMS Boys and Girls Soccer Teams.   Practices and games are held after school on Tuesdays and Thursdays in the fall, with most of our matches taking place in Central Park (please check the website calendar for game dates and locations).

East Side Middle School enjoys a strong soccer program for both boys and girls.  Recent successes include the 2017 ESMS Boys Soccer Team, winners of the Uptown Championship and the Manhattan Middle School Championship! 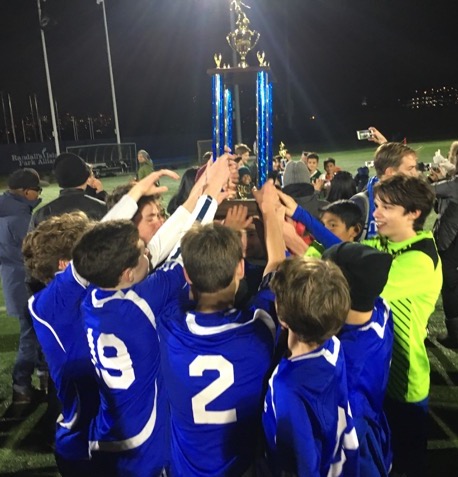 Student athletes attend intensive practices leading to competitive league play against other middle school programs. Athletes will work on their overall fitness, teamwork, ball skills, sportsmanship, coordination, body awareness, and strength.  Tryouts for the ESMS Varsity and Junior Varsity Volleyball Teams are held in September.  Practices and games are scheduled on Mondays and Thursdays after school.

Our Girls Varsity Volleyball Team won the 2012 New York City Championship and they have been Manhattan finalists for the past 3 years. 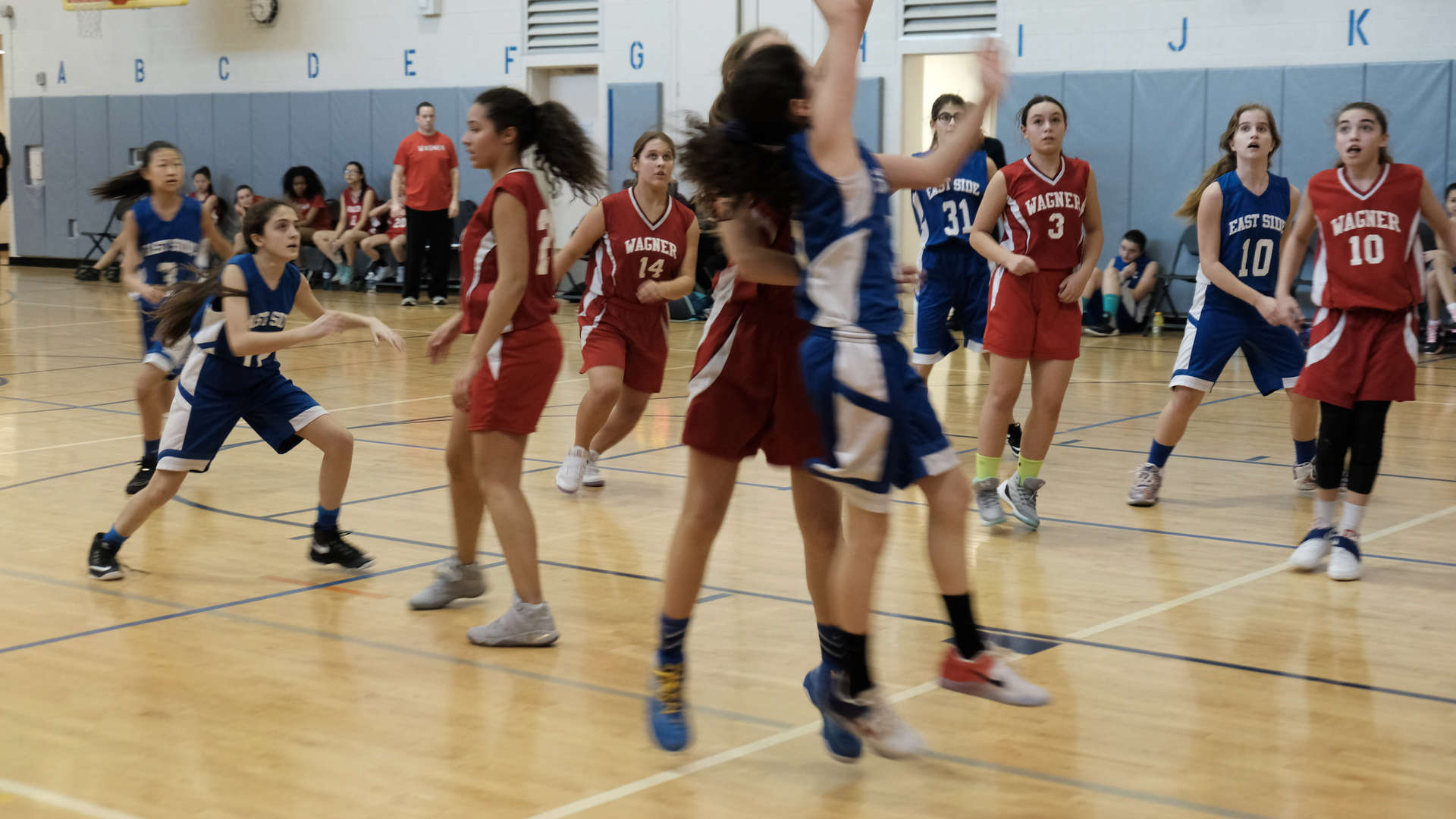 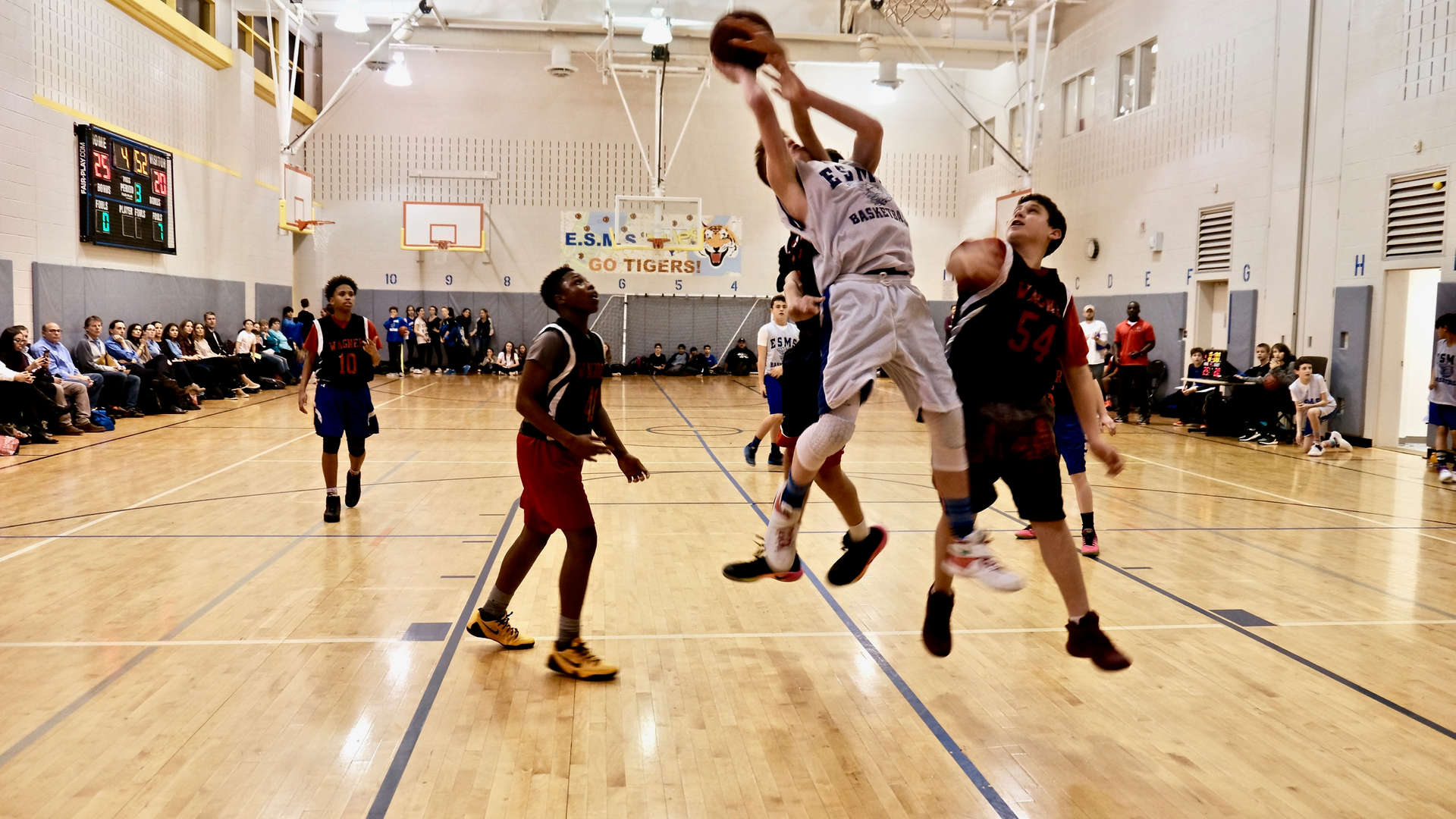 Tryouts for the ESMS Baseball Team are held at the beginning of March.  Practices and games take place on Tuesdays and Thursdays during the spring.   Please consult the ESMS website calendar for a complete list of games and locations (most games are played in Central Park).   The ESMS Baseball team has a legacy of success.  Most recently, our 2017 ESMS Baseball Team earned the Manhattan Championship and then beat Queens in the New York City semi-finals! 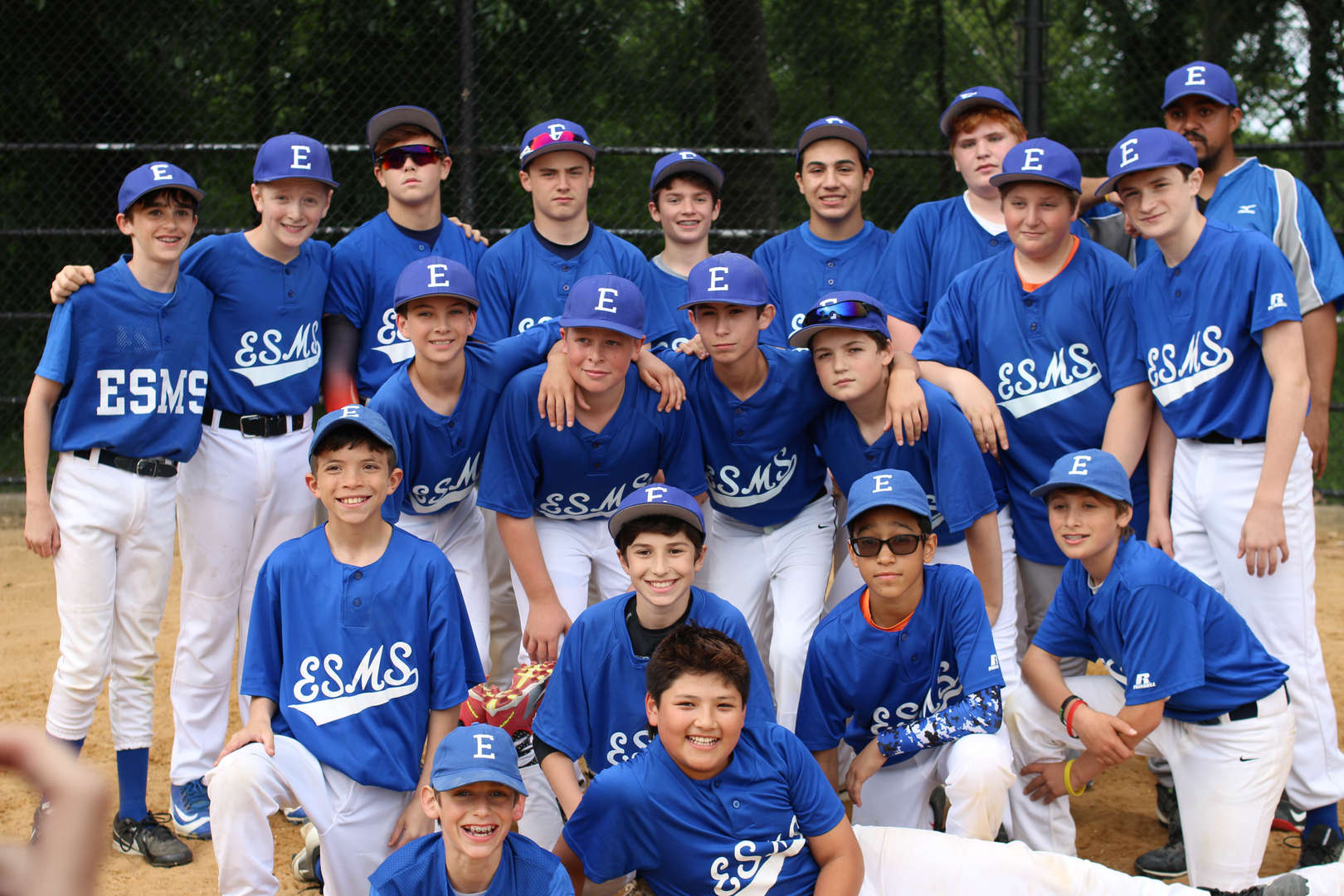 Ms. Dragone (dragone@esmsnyc.net) coaches our winning Softball Team, with tryouts scheduled at the beginning of March.  Practices and games are held on Tuesdays and Thursdays in the spring.  Please consult the ESMS website calendar for a complete list of games and locations.

Our 2015 Softball Team advanced through the play-offs to the City Championship Finals.

Through training and conditioning with ESMS coaches,  students work on their stamina, flexibility, agility and overall fitness. Students participate in outdoor runs weekly, training for citywide meets in late fall.

Practices and matches are held after school on Wednesdays and Fridays.  Students enhance Frisbee skills to prepare for the competitive season where ESMS plays against other middle school teams around New York City.  Tryouts Required 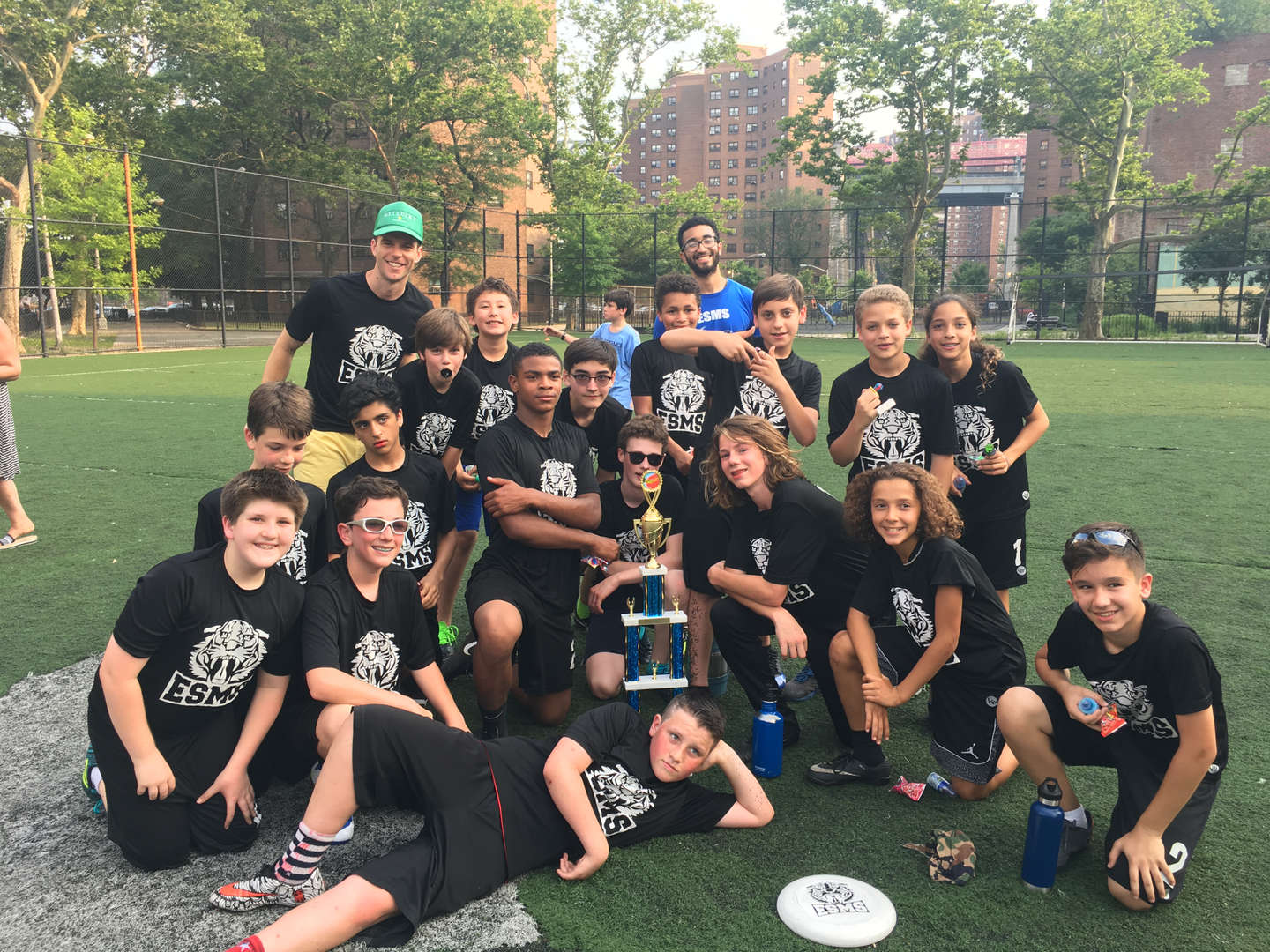 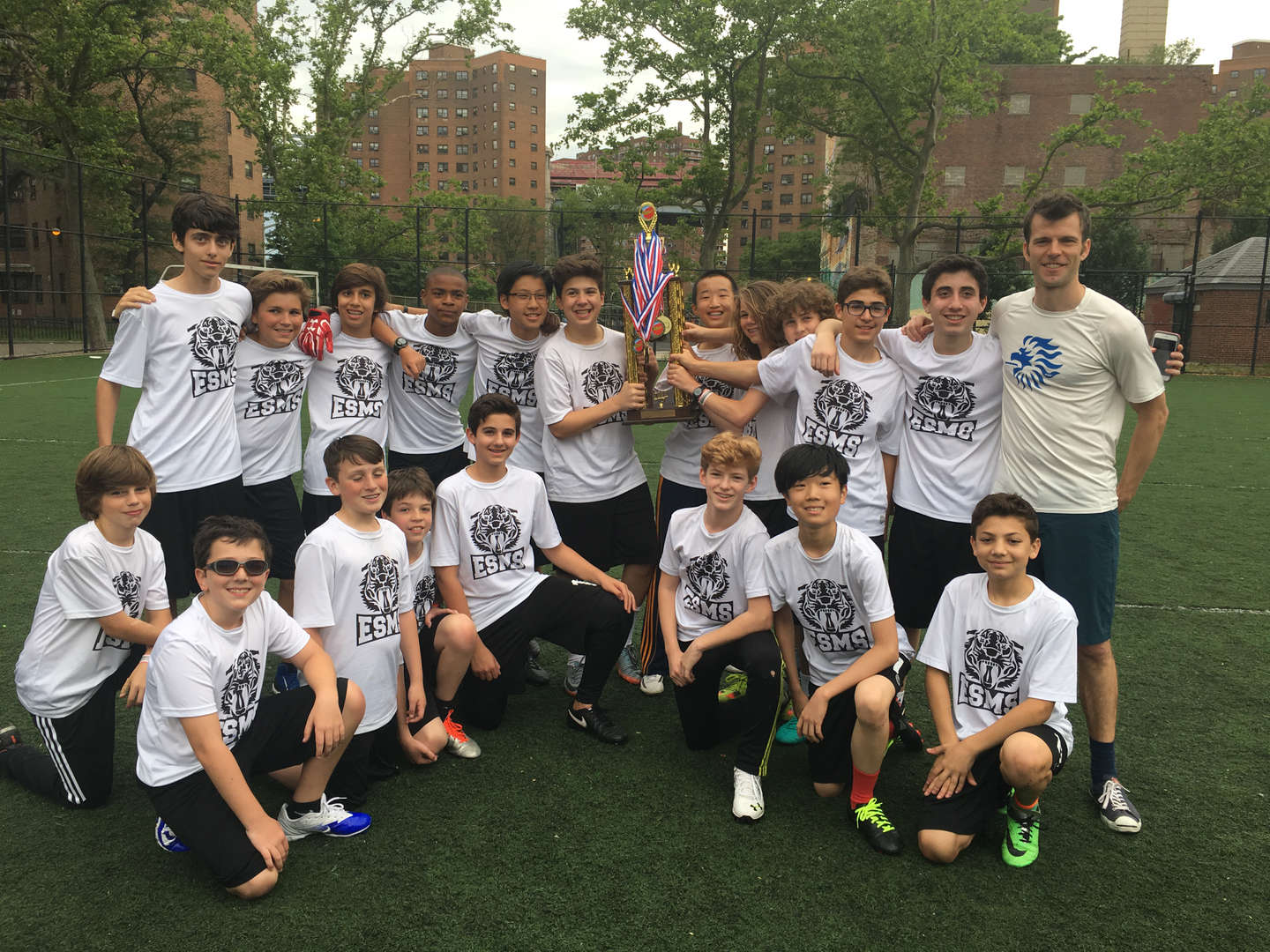 East Side Middle School launched our first competitive tennis program in the spring of 2019, with ESMS Boys and Girls Tennis Teams.  Team members work on Tennis skills while competing in the middle school competitive league.

Several of our students represented ESMS  in past tournaments and earned honors. 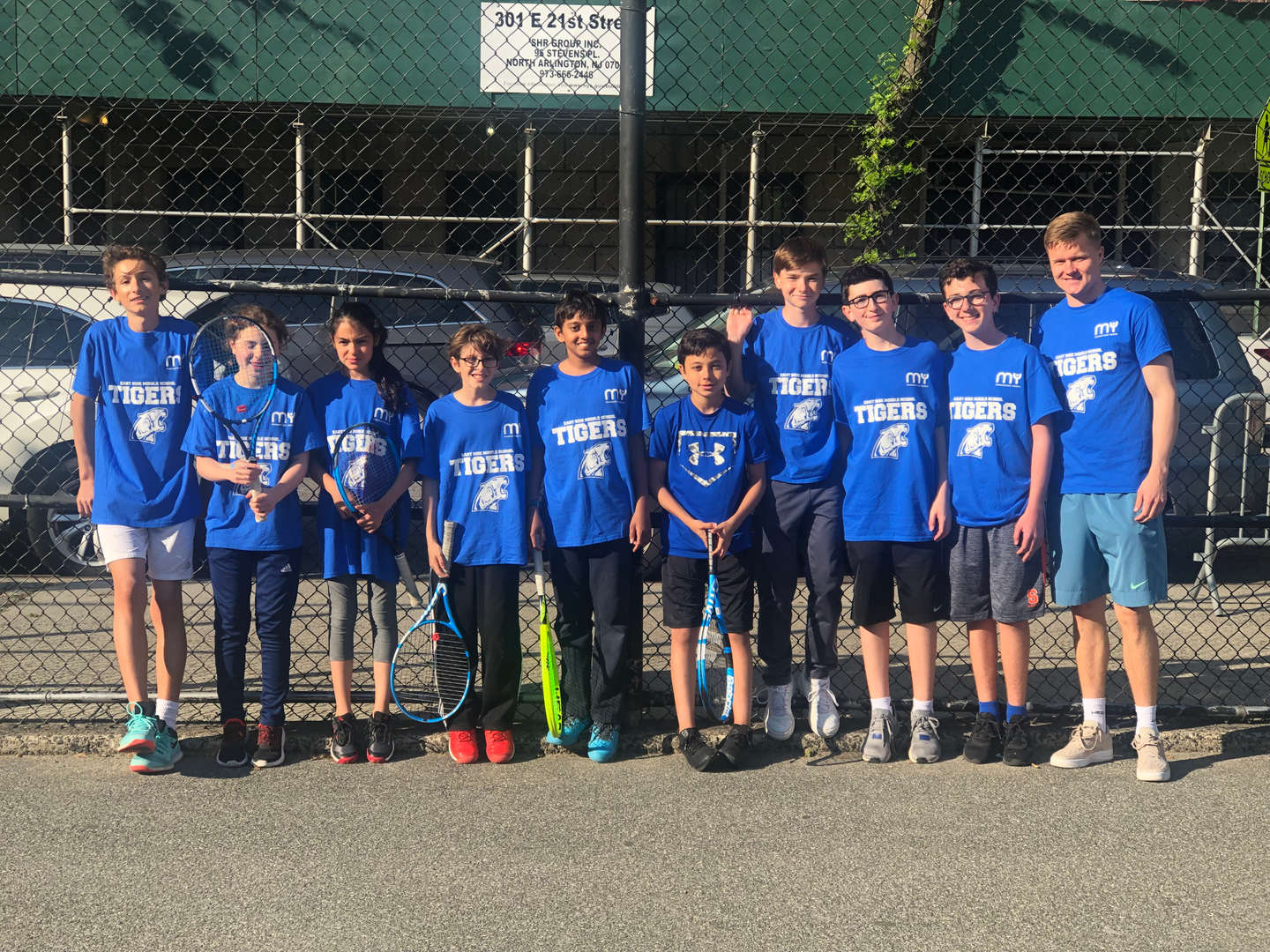 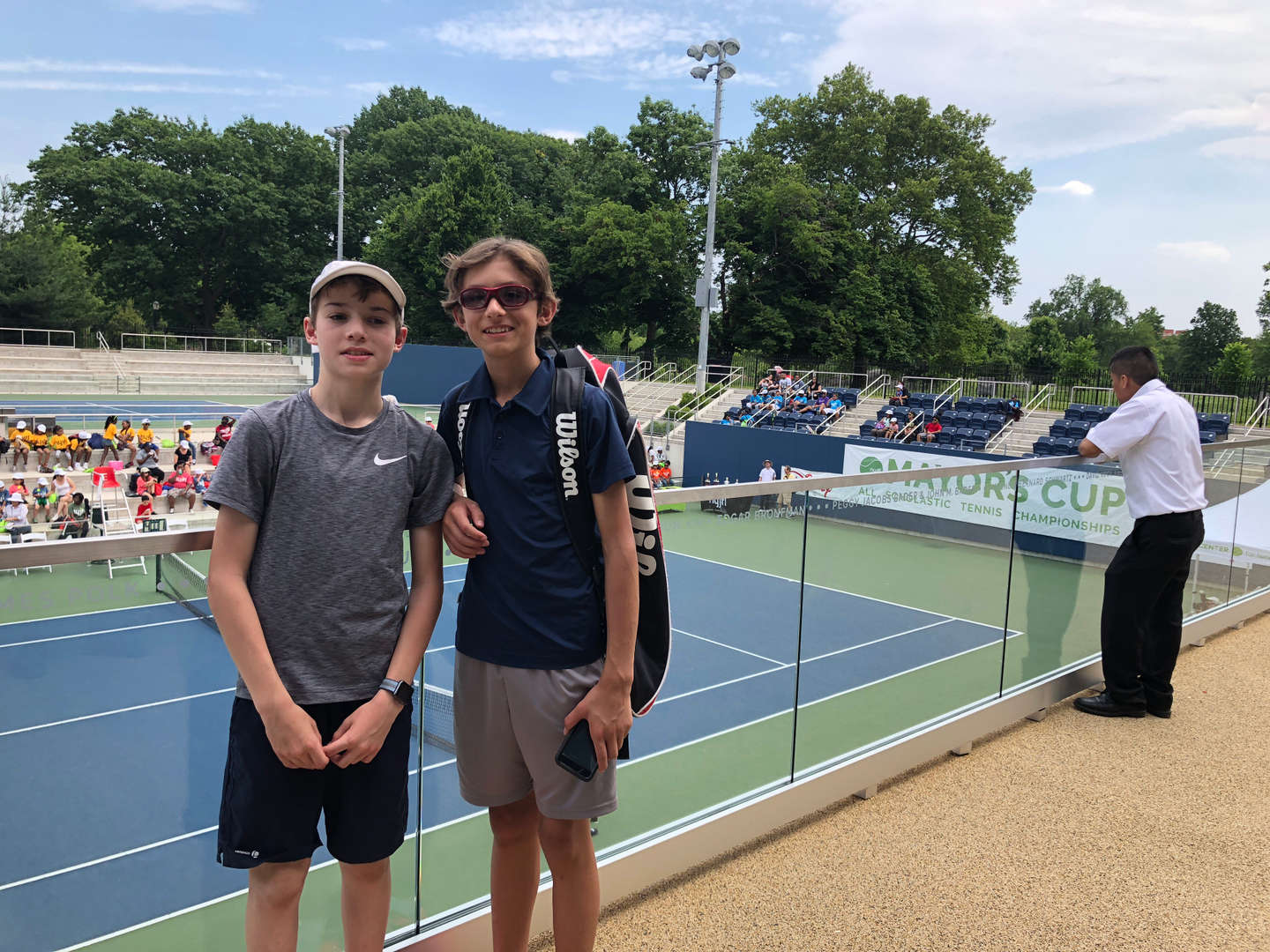 In 2017-18, we added an ESMS Fencing Team to our roster of competitive sports.  Interested students can sign up for an after-school club in the fall to learn the art of fencing and practice these skills.    The club is recommended for anyone interested in trying out for the fencing team this winter.

Our track program meets on Mondays and Wednesdays during the spring.  No tryouts are necessary.   ESMS competes against other New York City middle schools at various track meets in the spring season.

East Side Middle School added its first Flag Football Team in the fall of 2018. Intensive practices lead  to competitive league play. Skills developed include fitness, teamwork, sportsmanship, coordination and strength. Students will play various teams over the course of the season.
Tryouts required

The above is a representative listing of programs offered through our After School program and can vary between trimesters.
Please see the After School Program catalog for additional information and current offerings.
https://www.esms.org/afterschool_program_information